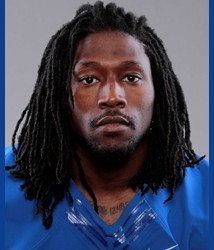 Duke, Georgia Tech, Maryland and a few other FCS schools.

No scouts have contacted me yet.

My knowledge of the game. Being able to read a defense and knowing what they’re in/going to do pre-snap.

Morgan Burnett of the Green Bay Packers and Brandon Boykin of the Philadelphia Eagles.

Antonio Brown or Tavon Austin. Both of them are explosive and shifty players and can beat you from multiple positions on the field.

My mother passing in 2010. It’s still hard to deal with and talk about but my family and close friends being there for me really help me out. And taking two years off from football. Being the competitor that I am, sitting out two years and not being able to do something you love to do was hard. But I found other ways to stay in shape  stay focused and such as local rec leagues working out constantly.

Yes. I walk the field during pre-game with a Jason mask on and spell out R.I.P. for the passing of my mother

Aside from my speed and quickness I would say my knowledge of the game.

I could come in and make an immediate impact for any team. I’m a versatile player who can play any position on offense and I can make an impact in the return game. And I can even play corner if you need me to.

Emmitt Smith and The Dallas Cowboys.

My mother, God and Malcolm X.