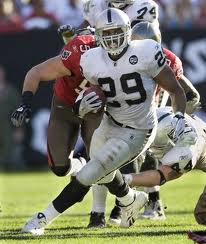 Arizona Cardinals release RB Michael Bush The Cardinals made a somewhat surprising move today by cutting recently signed running back Michael Bush. The Cards were going to have to create a roster spot for linebacker Matt Shaughnessy, who is coming off IR/designated to return. But the Cards also decided to promote running back Kerwynn Williams back to the active roster from the practice squad, so cutting Bush and new tight end Matthew Mulligan were the moves made.

Bruce Arians had been hesitant to say if Bush was playing this week, and this probably is the reason why. Stepfan Taylor is getting the start at running back in place of the injured Andre Ellington, who heads up a long list of injured players. This doesn’t necessarily eliminate Bush from coming back