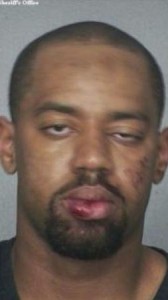 The Dolphins have not yet commented on the arrest.

According to a Fort Lauderdale police spokeswoman, Shelby was “reportedly causing a disturbance at a club located at 111 Southwest 2nd Avenue” in Fort Lauderdale at about 2 a.m. on Oct. 4.

“Security officers employed at this establishment and uniform Fort Lauderdale Police Officers asked Shelby to leave the establishment and he refused,” Detective DeAnna Greenlaw said in an email on Sunday morning.

Shelby was taken into custody on charges of resisting without violence and trespassing after warning, Greenlaw said.

I bet the next time those security guards ask him to leave he will go….. DAMN