Broncos fan has been missing four days after disappearing from game 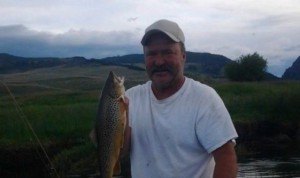 This past Thursday, the Denver Broncos faced the San Diego Chargers and the Broncos won big.  The problem now is one of their fans Paul Kitterman has been missing for four days. He disappeared from the game. They filed a police report after the 53-year-old disappeared without a trace.

“We were looking everywhere in parking lots, trees, bushes, anywhere we could think of,” Tonneson told KDVR-TV.

This was Paul’s first ever NFL game according to mutliple reports, and his family is concerned deeply for his safety.

Denver police do not suspect foul play, according to the news station, but Kitterman’s son said he “can’t help but think something bad has happened.”

KUSA-TV reported that Kitterman, who lives about two hours from the stadium in Kremmling, Colorado, attended the game with his son and two friends who provided the tickets.

They all drove down to Denver together from Kremmling, which is about two hours from Sports Authority Field. Kitterman did not drive — he was a passenger.

Paul and Jarod had seats in the south bleachers that were separated from Bakke and her boyfriend. They met back up at halftime.

This is a very odd story, but hopefully the Broncos security will be able to track if he left the game. The stadium has cameras everywhere. I hope they can find out what happened. If you know any information please contact the Denver Police Department at (720)663-8203.