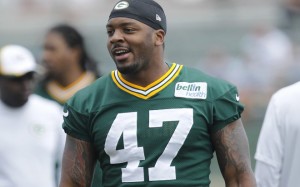 Since we are doing lists of five, we might as well continue with five players that made a name for themselves this offseason. A list of guys that deserve to be on a 53 man roster.

Brock Coyle – The former undrafted free agent from Small School USA Montana deserves to be on the roster of the Seattle Seahawks. He has 23 tackles this preseason and has shown the capability of playing in the NFL. I love this kids skill set and feel he can be a starter in the NFL.  Coyle is hungry and you can see it. He is willing to play any position and excels on special teams.

Jayrone Elliott – The Green Bay Packers have a stud in Toledo’s Jayrone Elliott. The kid led the entire NFL in preseason with 5 sacks in four games. Elliott should be a lock to make this team.  He is a very solid pass rusher, which is something the Packers have been looking to land for quite some time.

Allen Hurns – The wide out from Jacksonville Jaguars is on fire.  The former Miami Hurricane has been amazing in the Jaguars offense. He led the NFL in receiving  yards this preseason.  He amassed 232 yards and turned many heads doing so.