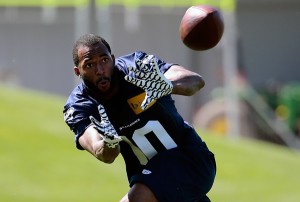 Sports Ruckus writer Justin Walters has graded the entire NFC West, and some Hawks fans might not like his grading, but he has some very valid points.  Let’s see what the Seahawks finished with.

The Super Bowl champs have made a living out of picking unheralded players in the late rounds and turning them into contributors.  The Seahawks are in a good place roster wise with a good amount of talented young players, the only position of real need was along the O line where they could have used a guard or tackle who was ready to step in and play. Instead of taking the best guard in the draft Xavier Sua-Filo they tried to get cute and trade back a few times.  Sometimes the worst thing you can do is start believing your own hype and thinking that you’re the smartest man in the room.   That can be the beginning of your downfall.

The Seahawks have a great team and are the favorites to repeat as Super Bowl champs.  But a few more drafts like this one and the fans will be longing for the days of Shaun Alexander.  Overall I am just not a fan of this draft.  Their first pick WR Paul Richardson is a speedster who is not a big fan of contact which may set up for some interesting exchanges between him and MR. Sherman at practice.  Then they reached in the 2nd round for tackle Justin Britt who was viewed as a 4th rounder by most.  The man who saved this draft grade from getting really ugly, I mean Shaun Alexander ugly(no offense to the 3rd Barber brother), was 4th round WR Kevin Norwood from Alabama, he is just a tough kid that always finds a way to make whatever play his team needs.I guess on the bright side of things, not many of these guys will crack an already loaded roster.

Paul Richardson WRJustin Britt OTCassius Marsh DEKevin Norwood WRKevin Pierre-Louis LBJimmy Staten DEGarrett Scott OLEric Pinkins DBKiero Small FBRichardson is a small speedy receiver that can run by anybodySeahawks are hoping Britt can step in at Guard or Tackle.  He has a history of being injuredMarsh is a versatile high energy DL who will try to work his way into a crowded DL rotationNorwood is a dependable target who made tons of big plays at Alabama

HEY 12th MAN, Do you ever buy tickets to the game? If you are planning on buying tickets you can get them cheaper by using Ticket Monster.  Check out their site and save big.