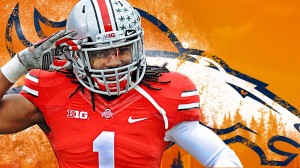 Sports Ruckus writer Justin Walters has graded the entire AFC West, and while some Broncos fans might not like his grading, he has some very valid points.  Let’s see what the Broncos finished with.

After one of the worst “you know what” beatings in Super Bowl history, (I honestly felt bad for them watching it). The Broncos sold their soul in free agency trying for 1 last run at a Championship. They added some talented older players which could be dangerous.In the draft the goal was depth, especially in the secondary and an outside receiver to replace Eric Decker, who left in free agency.  They hit on both of those 2 needs with their first two picks, who should come in and play right away,  both have the physical talent of high first round picks. The rest of their picks were uninspiring to say the least.

Are you a Denver Broncos fan? Do you buy tickets?  You can save money by using Ticket Monster, see how much you can save here.