The Blueprint: How to beat the Seattle Seahawks (Part 2) 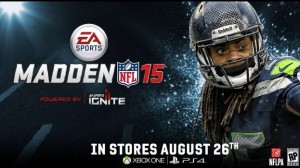 Just a few days ago our friend at Sports Ruckus, Justin Walters put together an amazing piece on how to beat the Seattle Seahawks.  Well this is Part 2.

The Seahawks offense is an overlooked part of this team. They grinded their way through the playoffs and then exploded in the Super Bowl, where they manhandled the AFC’s best team.  The Seahawks are a physical smash mouth offense, who pounds you with the run game and then hits you with the big play cause as Ron Jaworski always says after his 36 hours per day of film study “Points come out of the passing game”. What makes this offense go is their workhorse RB Marshawn Lynch. His nickname is “The Beast”, which is pretty much self explanatory but let’s just say it’s not too often the first guy brings him down. Lynch is a physical back who runs like he is fighting, it looks like it hurts to tackle him. By the 4th qtr most defenses are ready to tap out, which is when he gets some of his biggest runs. The Seahawks have no problem feeding him the ball over and over and over and you know the rest. Having a back like Lynch is a luxury that not many teams have because he is so tough to bring down, even for unblocked players that it forces teams into having to get their defensive backs involved in stopping the run. Which does what? You guessed it, allows their young QB Russell Wilson to run a well timed play action pass and connect on a deep shot against a defense overcommitted to stopping the running game.

Wilson is young but he plays with a maturity well beyond his years. Over 34% of his drop back passes were off of play action which was first among all QBs in the NFL, also 13 of his 26 TD passes were off of play action. Another aspect of Wilson’s game that defenses have to be prepared for is his ability to avoid pressure to buy time as well as to tuck the ball and run. He had 549 yards rushing last season. The Seahawks love to have Wilson pull the ball from Lynch on either a read option or get him on the edge with a run/pass option. Of their play action passes 40% were designed rollouts, which gives defenses fits. Russell is a smart QB who doesn’t force the ball, even if it means taking a sack, which he took the 3rd most in the league. Which is surprising for an athlete of his caliber, just shows the trust they have in their defense. He throws the ball to a group of sure handed receivers. None really instill fear into the defense. The closest thing they have to that is WR Percy Harvin who is an explosive open field player who can take short passes as well as handoffs to the house. Harvin was featured in the Super Bowl and made a difference. The problem with him is that he missed a large part of the season and has missed a ton of games over his career, which makes him hard to rely on. Percy is also a dangerous return man as evidenced by his kickoff return touchdown in the Super Bowl. So how do we stop this offense? I watched all of the film and one thing really stood out to me besides how much I would hate to have to tackle Marshawn Lynch. You are not stopping this team without bringing an 8th guy down into the box. I watched the Rams, Cardinals and 49ers load the box. Walking their strong safety down, playing their free safety at punt return depth and tight man to man coverage on the outside daring Wilson and his receivers to beat them.

So here are the SportsRuckus plan to stopping the Seattle Seahawks offense We start with stopping the run, easier said than done, I said earlier that teams put 8 in the box. That’s a good start but this is the big leagues son, the other side gets paid too. So we must stress gap integrity and discipline. Be where you are supposed to be when you are supposed to be there. You have to play assignment football, 1 guy misses his gap and Lynch pops out the other side against your 8 man front and the bands playing. So playing your assigned gap is vital, another thing is making sure your outside guys set the edge forcing Lynch to either bounce outside or back inside to the helping hands of your teammates. You don’t want to allow him to get a full head of steam going through the line of scrimmage. Another thing I noticed watching Seattle’s games was that when teams were able to slow their base run game down was that they would spread the field and go to a shotgun formation with 3 receivers, 1 tight end, and 1 running back in hopes of backing the defense off. In these situations the Seahawks still want to run the ball but they are going to attack you with a zone read cause you have less players in the box. This is where the discipline really comes in, your defensive end or whoever is responsible for the QB cannot get stuck watching the football, he plays his keys does his assignment and waits to knock Wilson’s head off if he even considers keeping the ball. The Rams Chris Long and Robert Quinn did a really good job staying disciplined and containing Wilson in their 2 matchups last season.

Now let’s move to the passing game, the Seattle wide receivers are solid, reliable targets but teams were not scared to play man coverage against them. Plus you have to give somewhere unless they decide to let you play with 12, so teams decided to take the running game away. As we spoke about earlier the Hawks like to take deep shots off of play action so it goes back to staying disciplined. If you can take away that big play Wilson is prone to taking sacks which sets up long yardage situations which is our ultimate goal, to make this team one dimensional. In defined pass situations what I would do is play a cover 2 man which is a press man coverage on all of the receivers with my 2 deep safeties over the top, forcing Wilson to fit the ball into tight spots to beat me.

Looking at the stats Wilson was one of the leagues best vs the blitz, but below the league average vs a regular 4 man rush with 7 guys in coverage. They say numbers never lie so that’s what we are going with. Another coverage I would mix in is a cover 1 robber which is a defense the Seahawks play very well. We would show the same cover 2 man look pre snap and at the snap drop one of our safeties in to the short middle reading the QB looking for crossing routes and trying to get into a passing lane. Another positive of having the robber is it gives you a guy to watch Wilson in case he leaves the pocket. The other safety will slide over to the deep middle, if Harvin is on the field I may cheat my safety towards his side to take away the deep strike.  The most important thing that I should have stressed earlier when you are playing against this team is you better bring your physicality. There’s a reason that they are the champs but when your team shows up ready to battle with your SportsRuckus Blueprint they won’t have a choice but to surrender.

Make sure you follow @SportRuckus on twitter and let them know what you think of their Blueprint edition of how to stop the Champs.