Don Jones completes training for his comments, but was it fair? 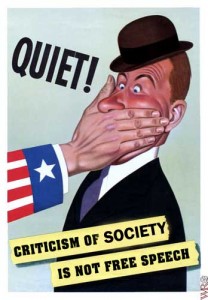 I am going to get crushed for this article, and I already know what is coming. People are going to say I am a “Bigot” and a bad person for this article, but I have to put out my opinion.  I am entitled to say what I want as well, and I honestly do not have a problem with Michael Sam or his sexual preference. What I do have a problem with is the fact that people cannot say what is on their mind anymore.

Well the Miami Dolphins fined Don Jones the former Arkansas State football standout and made him complete an educational training arranged by the team about “Homosexuality”.

This is where I feel the NFL and the Dolphins are wrong.  While I agree it is a privilege to play in the National Football League, I feel the NFL is abusing their power.  Don Jones was wrong for his comments, because the Freedom of Speech was not put in place to criticize, or belittle any person.  It was put in place for you to speak your mind and stand up against the government if you feel they were doing something unjust.

In this case, Jones was probably on the border of being disrespectful by his comments, but as a believer he also has the right to voice his Religion.  In Leviticus in the Bible, it is very clear what they feel about homosexuality, and while Don Jones could have easily turned the other cheek and prayed for Michael Sam, he stated a comment.

He should not be pushed to learn more about the sexual preference of another, but rather fined for his comments.  If you do not like his comments, do not read them, but do not force your beliefs, upon a man that might not have the same beliefs as you.  Religion and Sexual Preference are two different subjects, but technically you have the right to voice your opinion about both.  The gay community has the freedom of speech to fall on and Don Jones has the right to talk about his religion. You might not agree, but the NFL and Miami Dolphins made a decision because they couldn’t afford more bad media after their bullying scandal.

I am sorry, but Don Jones should not had been forced to learn about something he might not totally agree with.  You cannot force someone to believe something, or see something the same way you do, but at the end of the day we are all supposed to love our neighbor.

So my question is how do two wrongs make a right?